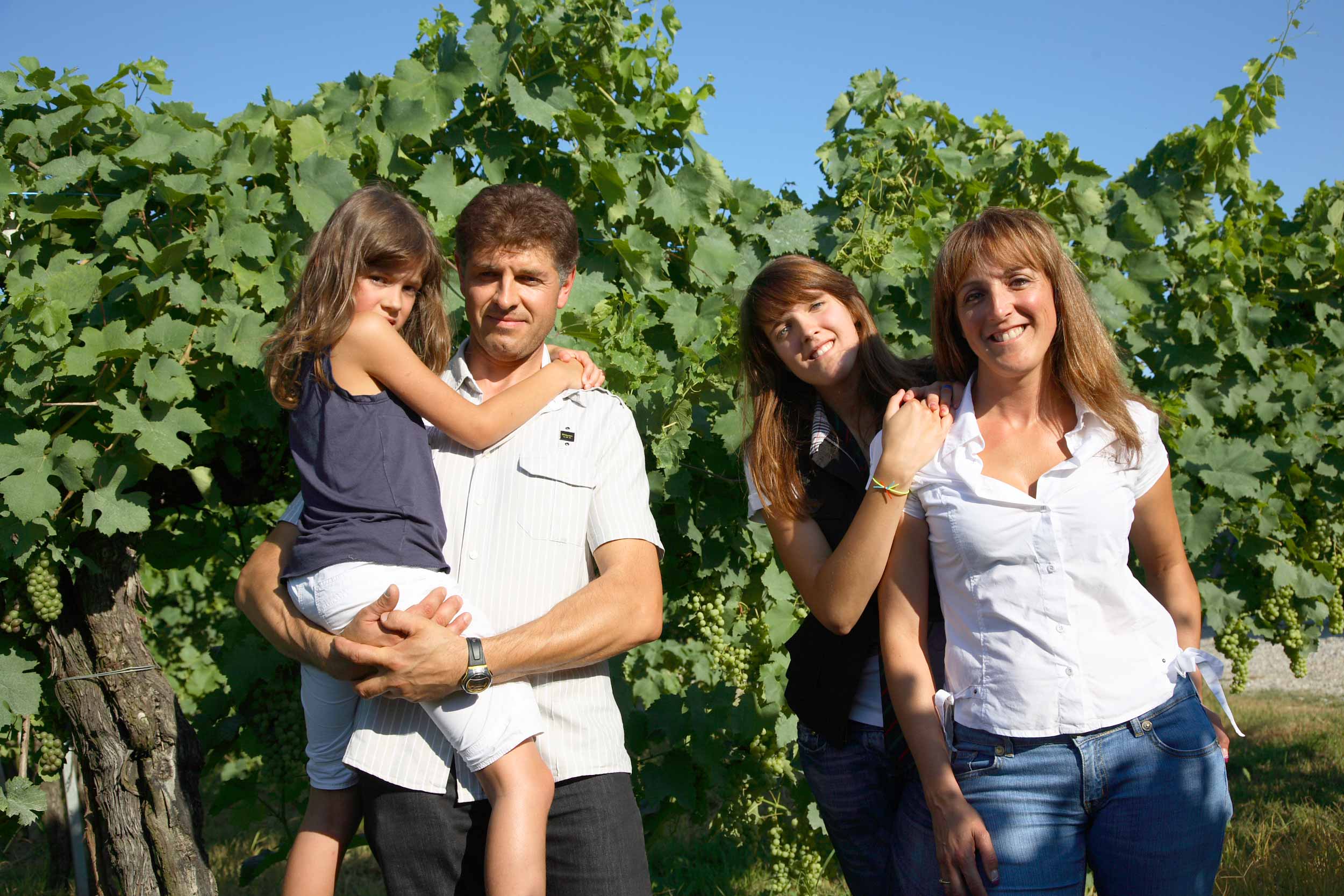 Aurelio Bellia and His Family

The Vigna Lisa farming company is based in the heart of the DOC Lison Pramaggiore area, the most traditional and celebrated among the small homelands of wine in Veneto.

The owner, Aurelio Bellia, with his wife and daughters, runs the business with great dedication, making wine for a loyal public of wine lovers and for an ever-expanding market.

The quality of the wine originates in the vineyard, where grapes are grown with utmost strictness. This philosophy has guided the company since the outset. The processing technology has evolved over the years, while respecting a craft tradition that can never be forgotten.

In 1951, Aurelio Bellia, the namesake of the current owner, moved from his home town Scorzè to Pradipozzo with the purpose of assuring a better quality of life for his family. There he became a sharecropper in the farm of the De Concina family, one the last families of landowners of the Venetian aristocracy.

At the end of the 1950s, Aurelio and his children realized that viticulture and grape processing to make wine could assure a solid income. They convinced the landowners to invest in the sector and the results were satisfactory for both sides.

At the end of the 1960s, thanks to one of the most modern laws ever promulgated since the beginning of the Italian Republic, sharecropping was abolished. The landowners liquidated the tenants equitably and the most enterprising among the former sharecroppers gave life to new, dynamic farms.

The children of Aurelio were and still are valuable entrepreneurs. One of them, Ferruccio, bought a few vineyards in Pradipozzo. Over time, he enlarged the surface of his farm and built a modern winery, laying the foundations of the company that is now called Vigna Lisa.